Happy New Year!!! Here's how the Thai people do it 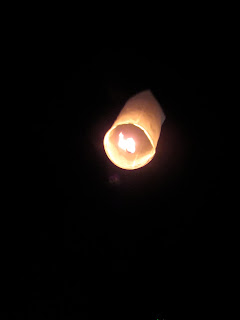 I went to a party last night and met some Norwegians with cool but unintelligible (to my ears) names.

One girl introduced herself, and this is what I think I heard: "Truuug". If I knew how to make an umlaut, I would. Anyhow, shortly after midnight they went outside and set off these lovely contraptions. At first they teeter-tottered in the air and we feared they might set the neighbouring mosque ablaze, but soon they were aloft and absolutely lovely. We all stood out on the street and watched (with some Emirati boys from a neighbouring villa snapping photos) until it was a tiny red dot, and then gone in the dark sky.

Turns out though it's not Norwegian at all, but a Thai tradition (one of the girls was from Thailand). They are called Thai sky lanterns, or khom loy, and sometimes there are hundreds of them set aloft. There is even an annual festival, Yee Peng, in Chiang Mai, devoted to them every November. (Check out this little video, it's amazing) Apparently, it is believed misfortunes will fly away with the lanterns, and their light can guide people to the right path in life.

As I watched the lantern rising impossibly high in the air, I smiled at the banter from a couple of friends behind me.

Friend a: Why don't we do this at home?

Friend b: Because we are rubbish at home. 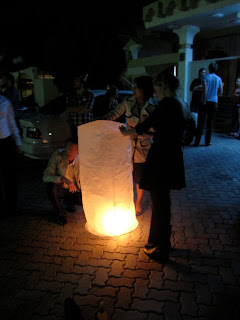 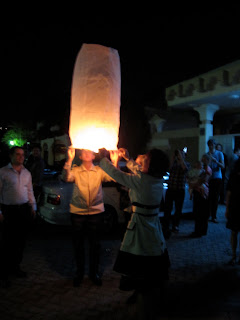 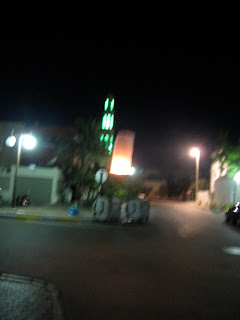 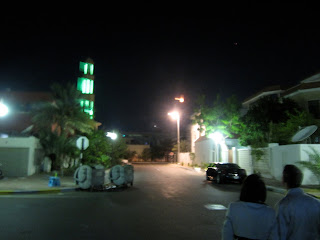 That is pretty! What great and interesting things you have seen in your adventures, Annie. You're a lucky lady :)