There are so many changes in Abu Dhabi since I moved here in 2008, but one of the biggest is the explosion in interest in Halloween (mostly commercial, of course). That year there was basically no sign (that I saw) that anything was out of the ordinary on October 31. This year the stores have gone crazy, restaurants and bars are in on the fun, and kids are actually trick-or-treating.

I thought I saw my first costume a couple of minutes ago at Waitrose, but it turns out it was just the doorman from the Eastern Mangroves Promenade in his top hat and tails buying some water for his break.

If you don't have anything to do tonight, we drew up a pretty exhaustive list. I am just putting on some heels and going out for a steak, as I am still traumatised by my attempt at dressing up up like Hank from Breaking Bad last year.

No, you can't see a picture. I had the yellow meth suit right, but it turns out you can't buy a gas mask or anything like one anywhere in the UAE, and since I felt my costume hinged on the mask pushed up atop my head, a la Hank, I ordered one off the internet. I looked like a childish fly.

Have fun out there.

Abu Dhabi Film Festival: A horror of a movie mess 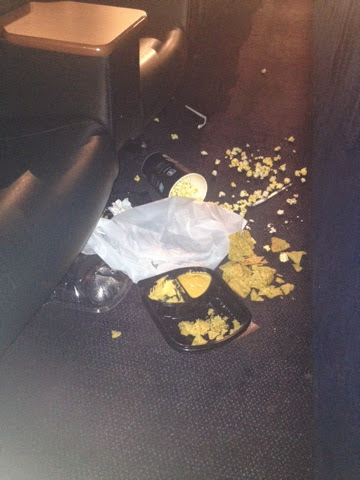 I managed to catch the second screening of Adityavikram Sengupta's film Labour of Love yesterday at Vox Cinemas in Marina Mall.
The girls beside me left about 20 minutes into the film after first crunching through this unholy mess, each of them walking on it as they left.
Their behavior was about as opposite from the sentiment of the lovely, wordless film - which focuses on a day in the life of an Indian couple who pass each other in the morning while working opposite factory shifts - as could be.
at October 28, 2014 No comments:

He needs to eat some humble pie. Some humble falafel pie.
at October 21, 2014 No comments:

Overheard at the spinning studio

"I woke up this morning without having all these noises in my body."
at October 21, 2014 No comments:

A Canadian in Abu Dhabi is in Yerevan, Armenia 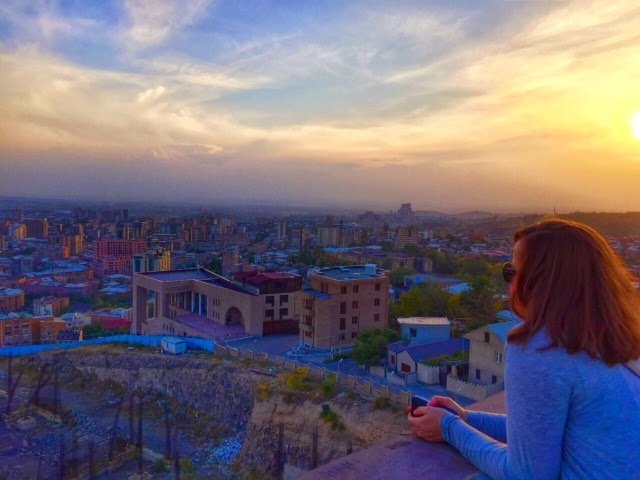 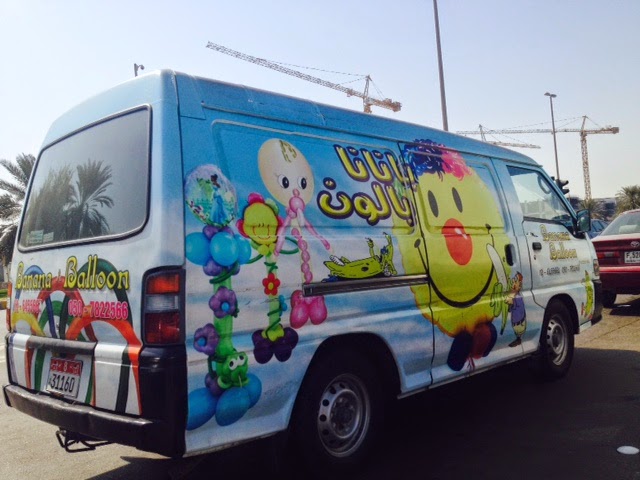 For starters: Is it one large banana balloon, perhaps a water attraction that children can ride? Or perhaps just a lot of small balloons shaped like bananas? And what is the deal with this guy: 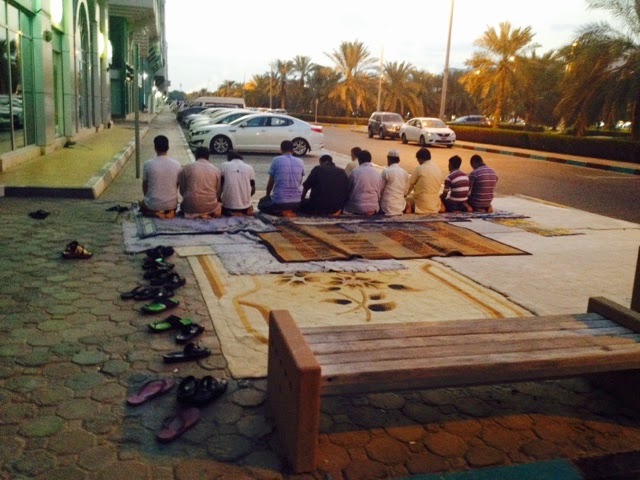 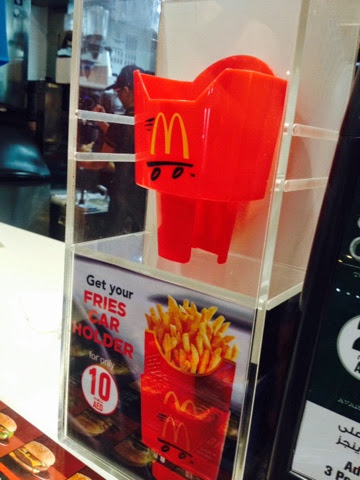 Because you need somewhere to put all those fries you've been eating in your car.
at October 02, 2014 No comments: