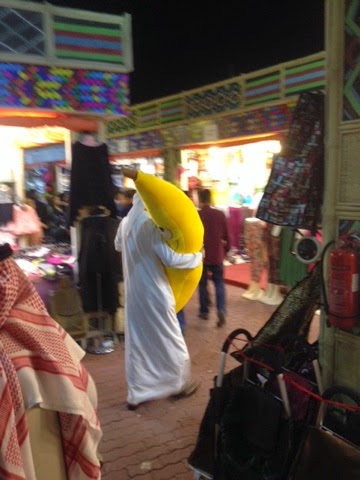 #WWELiveAbuDhabi turned me into a tweeting fool

I went to the first night of WWE Live Abu Dhabi (Thursday) and although I was by myself (I had but one VIP ticket), had an absolute ball.

I've long been curious about this crazy world of drama and super obsessed fans, and I just wanted to see it up close. It was pretty much everything I suspected, just a whole lot better. Truly, those little kids were the best. And John Cena, of course.

Here's the night, in tweets. 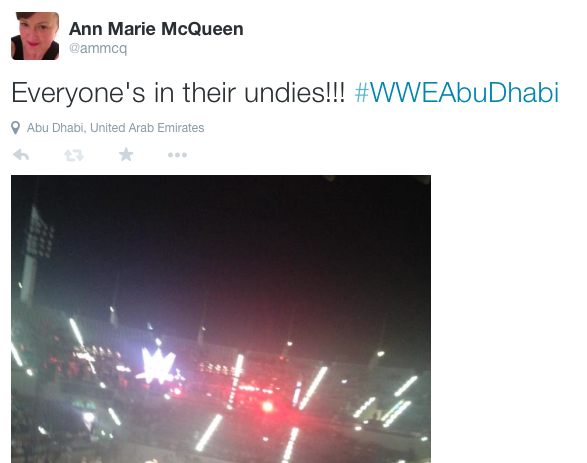 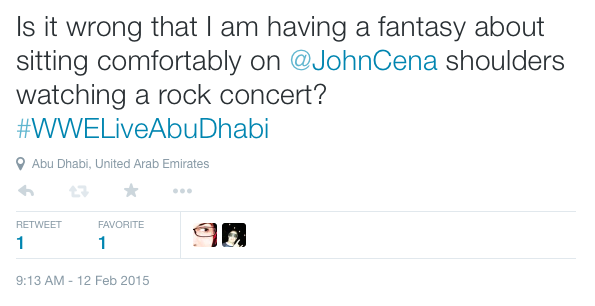 Let me just start by saying that I am not someone who goes to "secret" shows. But I was lucky enough to snag a ticket to this deal, Dh400 happily spent for the entertainment, if not the good cause (it was a fundraiser for Autism Rocks).

What a night! Prince played for about two hours, the club was jammed to the point that I would have been worried about safety had I not been so completely jazzed at what was happening. I went to get us a round of drinks right before the show at the upstairs bar, only to be caught on the stairs with about 50 other people while Prince passed by the bottom to get to the stage. At that point it was so packed I couldn't even see my friends, so I just squeezed myself into a sweaty spot and proceed to watch the show clutching our three drinks. I ended up watching all by myself in the middle of a throng between the side of the stage and the elevator, a crowd that swelled and pushed every time the elevator opened and closed. I'm not going to lie: I drank those drinks myself over the almost two hours of the show. I stood on my tippy toes, I danced, I smiled and laughed and shouted and just generally had one of the best nights of my life.

For The National's Rob Garratt's review, go here. I wrote about seven fun things from last night at The National's Scene & Heard blog. (The second best part was his bodyguard on stage).

It was a truly great night, bittersweet and sad too. My good friend Rob Evans died suddenly at the end of the secret Prince show in Abu Dhabi, before his main concert at the Abu Dhabi Grand Prix in 2010. Friends who were there say Rob - a huge music lover and afficionado, not to mention one of the most fun and thoughtful people I've ever met - thought that Prince concert was one of the best he'd ever seen. And if I got a bit choked up last night thinking about him, and all the promise and loveliness that left this world with him, and I did, I felt comforted too, knowing that he witnessed something so joyful and magical in his last moments.