Have you had a bite from Love Doughnuts yet? Um, why not? I can quite honestly guarantee you will love everything about it.

It's not just the out-of-this-world doughnuts that not only break the mould - and they are amazing. Wasabi cheesecake? Peanut butter banana, anyone?

Also, seriously, don't bother with gelato anywhere else. Currently vanilla with chili and salty caramel are my faves. 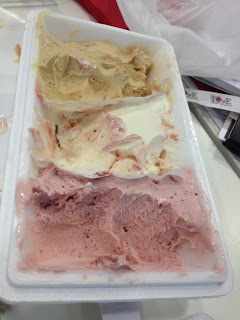 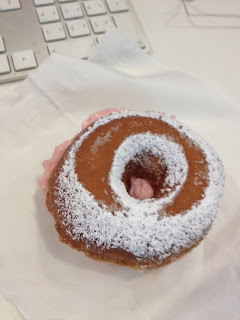 Love Doughnuts is in the Guardian Tower building by 31st Street. Go.

New Year, New You: No 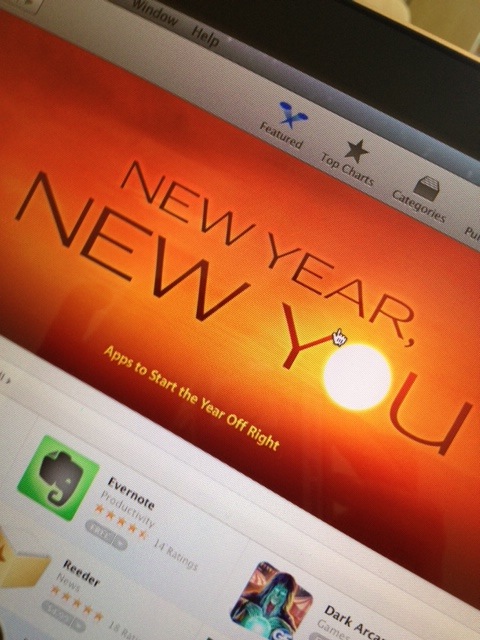 First one of the year: Spotted at the Mac app store on December 28. I am sure there are more out there... I just hope I don't see any.

Try harder people. I want to be the same next year (if slightly improved over the 2012 model). This tired old cliche has got to go.
at December 28, 2012 No comments:

I am heading to Paris tomorrow (yippee!!!!), where I am hoping very much for a relaxing five days of eating, grape beverage-sipping, people-watching and hanging with a cool guy and his even cooler seven-year-old daughter. (I am also hoping not to be mugged, which is what happened when I visited about 11 years ago. But I am a much more savvy traveller these days, so fingers crossed!)

One of the coolest parts of this trip, for me (and the seven-year-old, I'd wager) is a planned visit to Disneyland Paris. Sure, it'll be cold, but we are tough Canadians and will bundle accordingly. I love Disney more than anything, and going there is reminding me of one of the best trips I've ever taken, which happened seven or eight years ago.

A press trip to Walt Disney World in Florida, for the launch of the Mission: Impossible ride - complete with real-life astronauts (cool) and then on to Las Vegas, for a wedding and weekend at Caesar's Palace. (coolest) I am not sure if anyone else would combine these two stops into one frenetic week; for one thing, as I was flying from Florida to Nevada, I realised that the US is a lot bigger than I bargained for. That would normally sound stupid, but look where I am coming from!

But if you ever were to decide you wanted the best of both worlds in one vacation (and could somehow leave the kids with Grandma and Grandpa), I highly recommend the world's best children's playground and it's counterpart for adults.
at December 28, 2012 No comments:

Going out in Abu Dhabi is not always that great. You know what I am talking about. You settle in to a pricey restaurant and pretty soon, something disappoints you. Whether is screwed-up service - I won't go into the litany of ways that service can be well-meaning, but terrible, but you can just check my martini diaries for a quick affirmation - or lacklustre food, I find the return is often not worth the exorbitant prices involved in dining in five-star restaurants. We usually opt to order shawarma and fresh juice from the corner shop than be disappointed again.

There are really only a couple of dining/going out experiences that stand out for me this year, in Abu Dhabi anyway. And I want very much to pass them along to you.

I was checking out Avenue at Etihad Towers when I spotted this Paris-born patisserie; hungry, I quickly figured eating there would be about the only thing I could afford at the luxury shopping destination. It was one of those situations where I said cost be-damned - I am here, and I am hungry, and I'd like to try something new. What a pleasant surprise! A full breakfast including fresh-squeezed juice and your choice of coffee, eggs, sausage, toast, bacon, delish sauteed grape tomatoes, mushrooms, hash browns and delicious preserves? Just Dh45. About Dh30 less than if you'd gone to that other high-end breakfast joint across town. (I am not naming any names, but it may rhyme with PHONES THE LOBBER). I can't believe I am waxing poetic about such a (still quite) expensive breakfast, but as we all know, there aren't any diners here. And the best part? The food was absolutely scrumptious. Everything - parfait. I can't wait to go back.

These pictures from the Sharjah Water Festival are amazing because _______ 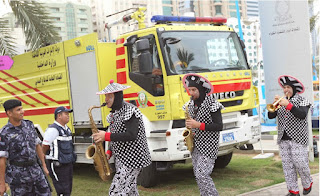 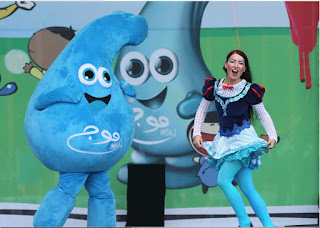 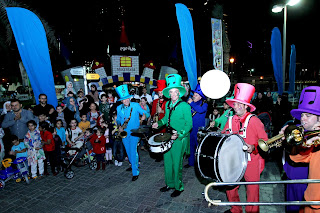 Overheard in the newsroom: Wednesday edition

I know I fall asleep on the couch a lot less.

You read that in a book or saw it on Dr Phil but we both know it's not true.

It's the Lebanese (place) without the cockroaches. 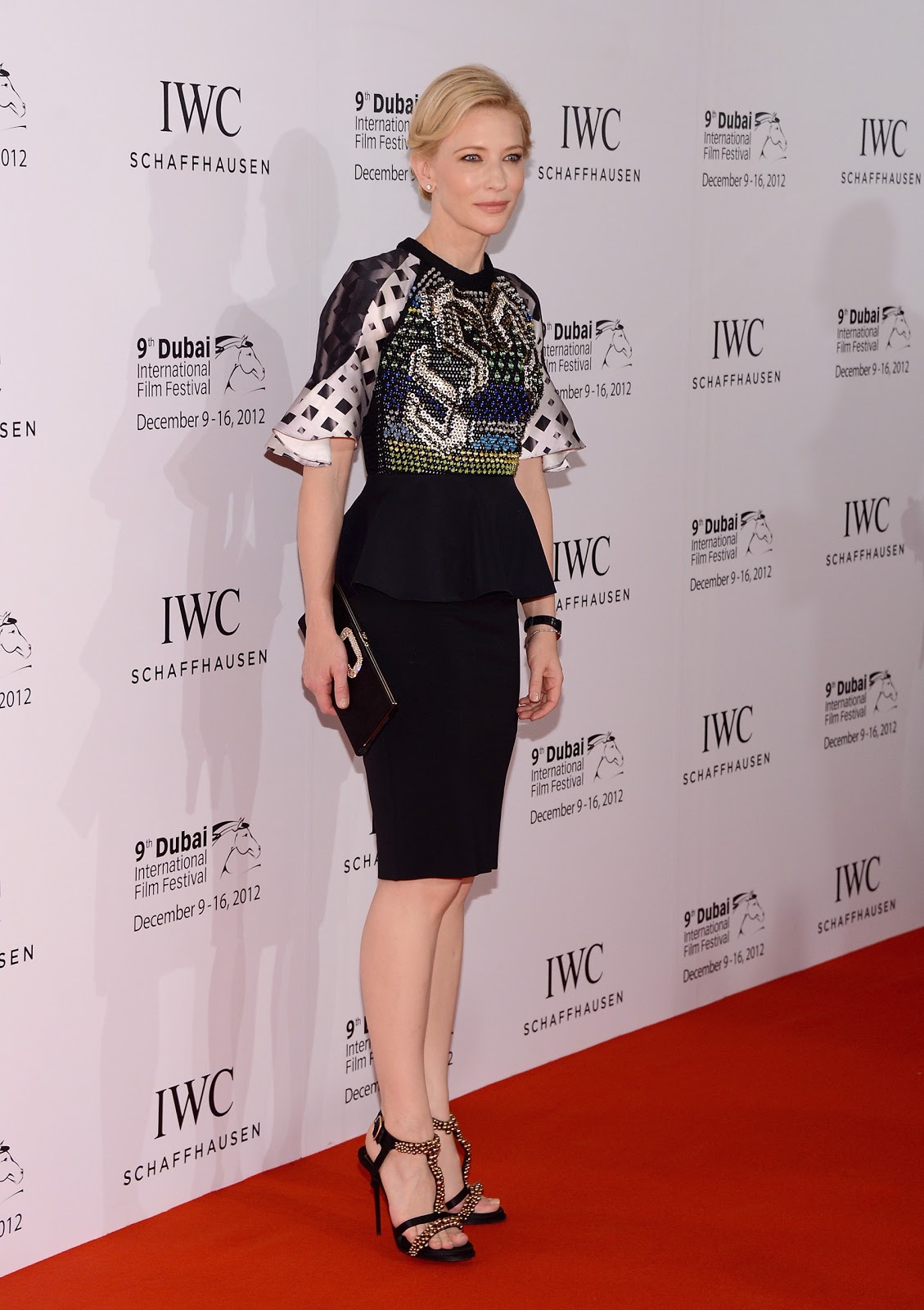 This woman makes me proud to be in my 40s people. Blanchett was on the red carpet again last night at for the IWC Schaffhausen Filmmaker Award, seen here with a Roger Vivier Belle Vivier Pilgrim clutch and the Epin’elle Caviar Rosé Sandals.
at December 11, 2012 1 comment:

Everyone is going crazy about this monkey-in-an-awesome-shearling-coat who was loose in a Toronto Ikea.

Where was the world when I blogged about this monkey on the Abu Dhabi Corniche, who wore jeans, a T-shirt, a belt (!) and played with the gum he was chewing.

Gwyneth Paltrow has her own little nickname for the Burj Khalifa

So her Lady of Goop was in Dubai last week, being all gorgeous and low-key, to promote her tie-up with Hugo Boss fragrance.

The next day her newsletter included a self-portrait taken at the top of the world's tallest building (you can't really tell where she is in it, it's on the left), along with some typical GP bits of fun: 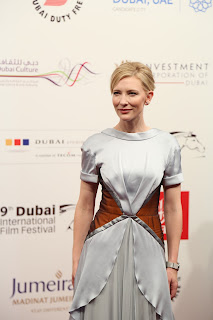 Well, I'd rather do that than go to jail.

I've given up trying to figure out how his brain operates.

Oh, she's got a matching dummy

Can I smell salad?

Look how useful we are!

Snap caption: If only it were that easy 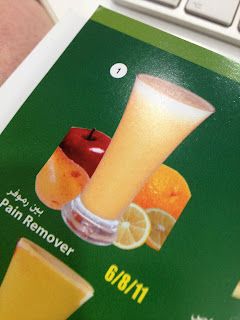 I love reading the menus from all the corner juice and shwarma shops in Abu Dhabi. The names and food combinations are hilarious. (So are the items that arrive at your door - there is definitely a linguistic barrier involved in these outings) Who puts chicken nuggets in a bun? Or chicken wieners in pita bread? And most everything seems to be named "zinker".
at December 08, 2012 No comments:

UAE National Day 41: The country can do fireworks 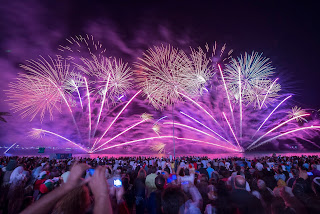 Really, really something to see.

Fill in the blank: This man is pulling this truck because _______ 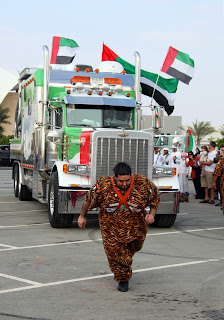 The winner is JP, and not because he was the only one, but because he is, as always, hilarious: "Because, even in the UAE, the fuel prices are getting ridiculous?"
at December 03, 2012 1 comment:

Email ThisBlogThis!Share to TwitterShare to FacebookShare to Pinterest
Labels: Fill in the blank

Invited to a friend's place to watch the fireworks last night, I decided the only way to get there was on foot. And this is what I saw... 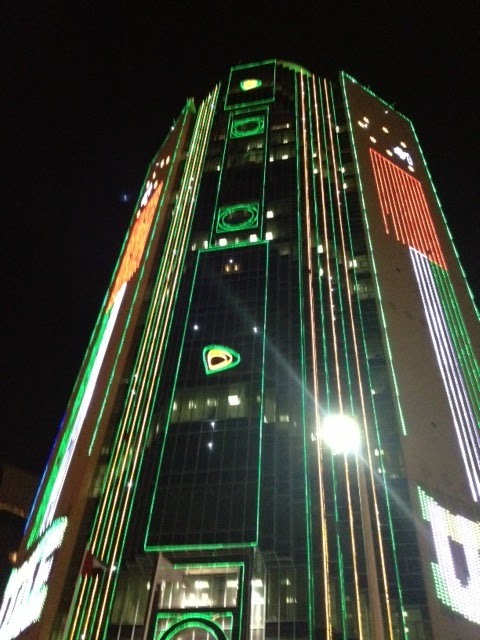 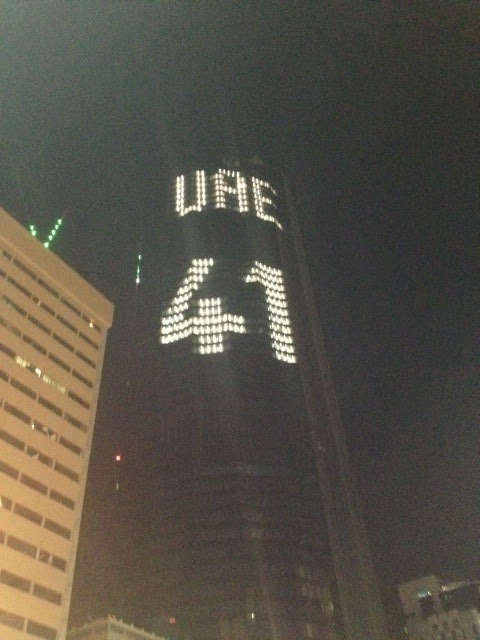