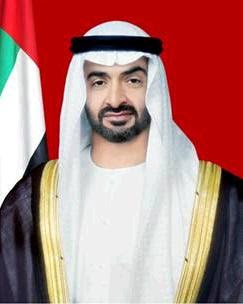 Of course I see him everywhere, Sheikh Mohammed bin Zayed: his portrait hanging on the side of buildings, screened on car windshields, his photo on the front page of the paper I work for. But this was the real thing. It happened in Vascoe's at the Hiltonia Beach Club, as I watched my friend talking, when suddenly a palpable hush fell over the restaurant. (She had not yet noticed and kept talking; I looked over to see what was happening) At the next table, a man in a white dish dash was standing by, clutching the hands of a woman. Behind him, dozens of military personnel and other big-wigs (or so they looked) lined up between the tables. A photographer from WAM hovered nearby. Everyone was looking.

"I think that is the Crown Prince," I told my friend (who was the only person still talking, other than the hushed tones of the Crown Prince as he murmured to the woman nearby).

She stopped talking, we all stared, and I noticed the male diners in the place had stood up in his honour.

I wonder if I am going to start seeing him all the time now. Or will never see him again. I imagine this is quite rare. What do you think?
at December 18, 2008

wow nice to know he goes to normal places....so who was the woman? :D

I am jealous of his perfect facial hair. He's a good looking man. I may have a crush on him.