I stayed up too late last night, watching the finale of a series I never did understand 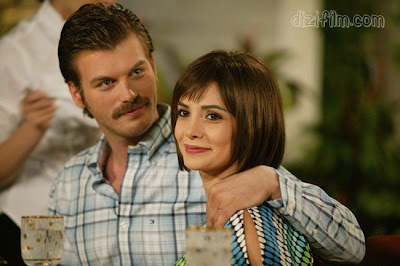 During my time in Abu Dhabi I have been obsessed with Noor, a soap opera that was a flop in Turkey but became a hit in the Middle East when it was translated into Arabic.

As I have written earlier I was delighted to find out that something I love is loved by others. Apparently Arab women are besotted with this family that wears regular clothing and drinks wine, by a love story where the husband is affectionate and supports his wife in her efforts to pursue a career. Over here, Noor has become a sensation and its actors celebrities.

However, due to the language barrier, I have been unable to find so much as an episode guide. Still, understanding basically nothing, I watched this show quite regularly. I believe it has universal themes: love, loss and an affinity for lingering glances and dramatic exits. I had missed a few episodes before last night though, so I found the finale even more confusing.

For starters, Noor and her husband Muhannad had somehow been injured, or were sick. They were in a hospital, in separate rooms, and both of them were very weak. Each was wearing a green shower cap. Oddly, everyone who came to visit them was also wearing a shower cap. It seems something was very toxic about hair in Turkey. Noor was wearing all her makeup. Muhannad got his brother (I think) to sneak him in to see Noor. Everyone was very grave, but then they got better, and they all went home. For some reason though Noor was still sick, and though she hid it from Muhannad he found out and cried a lot and handed over his job as head of the family company to his sister. So I was pretty sure Noor was dying and I felt really sad, since they have a baby.

But low and behold, the end of the show featured television's longest flash-forward sequence, about seven or eight years in the future, and there they all were, looking perfectly fine. Noor had this smart bob, and Muhannad had this ridiculous moustache, all the men had fake grey streaks in their hair and everyone was smiling and eating dinner together. Even the servants were at the table, and when one of them tried to get up, Muhannad said to sit back down, and they all laughed.

Before I left Canada, I never would have believed that I would spend hours watching a Turkish soap opera translated into Arabic. You just never know.
at August 31, 2008