Tales from Ananda Spa: In a meditation room, in pranayama breathing class, in a beautiful spa and hotel high in the Himalayas... 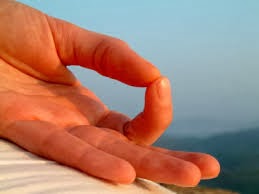 …there is no escaping technology and the people who abuse it.

An Indian woman enters a 45-minute class designed to teach people how to use their breath to become more centred and mindful, and overcome stressful situations as they arise. The class already has about seven eager students, most sitting cross-legged on meditation cushions, some with their backs to the wall. The class had started five minutes earlier, and the woman has ignored a sign outside the room suggesting that was too late to join.


She sits on a free cushion, puts her phone in front of her, and immediately gets about three texts (her volume is upper middle). When the teacher, who ignores the texts, has finished explaining what is going to happen and ready to start demonstrating a series of 5 different breathing methods, he asks everyone to turn off their mobile phones. The woman says "is it okay if I call my husband? I just need to tell him I am here".

The teacher answers, calmly, "sorry ma'am it is too late for him to come, I am done explaining, he won't know what to do". There is a pause as the woman considers this, Samsung Galaxy in hand. "I'll just call him". "Can you go outside," the teacher asks, too late because the woman has already dialled. The teacher proceeds as the woman speaks to her husband, but when she hangs up a fellow student, an older lady from Britain, says to her "I am sorry, but that is just so disrespectful!" Samsung Galaxy replies: "I had to tell my husband where I am! What can I do?"

The class proceeds. There is deep breathing, there is hands-on-head, humming, there are three loud "om" sounds to end the class. Everyone has forgotten about the fracas that started the class, but not for long because the teacher is still talking when the woman turns her phone on. It powers up, making that loud powering up sound, and proceeds to begin receiving tweets. Two tweets, three tweets, four tweets - what, is this woman the Lady Gaga of India? I wonder.

The teacher stops talking and looks at the cause of all the commotion.

Everyone bursts out laughing because they've all been there from the beginning. Those of us in the front row turn to look at her. This woman, this rude, unaware, entitled and disruptive woman is not the slightest bit embarrassed, she does not even begin to get it and we all know that she will do this type of thing again, and again, and again. There is no spa in the world that can get at the self-important techno-shtick she's got going on.

But with his quiet words, and subtle humour, the teacher has won.

And I'd bet I wasn't the only one who vowed silently that we would do our best to be as little like this woman as possible when we got back to the real world.