That's one big plate of dates 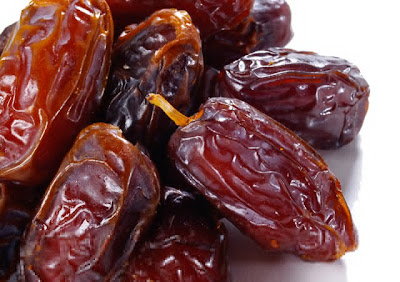 I'm not sure if you've been paying attention to this back in Canada (and if you aren't, why not exactly?) but there has been quite a to-do down at the fourth annual Liwa Date Festival. Liwa is an oasis village located south of Abu Dhabi near the border with Saudi Arabia.

The date festival runs for 17 days. I am not sure if I will make it down because a) it's still very hot here and going outside makes me wish I hadn't b) lots of dates make their way to me, here at the office, even those which have been dipped in chocolate and c) I do not yet have my driving licence and even if I did, am afraid of breaking down in the desert without enough water, and then dying.

My favourite quote from coverage of the date festival, if you must ask? "Dates are more important than oil".

I have been following with curiosity the festival's attempt to make it into the Guinness World Book of Records by having the largest plate of dates. (The the previous record for dates was set in Japan in 1996. If you are interested, the record for the largest plate of hummus was set last year in Jerusalem: four metres and 440 kgs. Mmmmmm. PS, if you like hummus as much as I do, check out The Hummus Blog. )

Judges from the Guinness book originally disqualified the UAE entry, saying the stainless steel platter organisers had specially made for the festival was the wrong material. Apparently, it needed to be made from crystal, porcelain or clay to qualify. At the 11th hour, judges relented and created a new category. So the Liwa Date Festival's 12 metres by two metres platter, heaped with dates, is the largest stainless steel platter of dates in the world.

Wow, I wish this sort of thing would have happened back when I was a competitive figure skater. I could have cleaned up if only the judges were a little more out of the box and thought to create a "wore a pretty dress but mopped the ice with it" category.
at July 29, 2008