So there I was, a 9mm pistol in my hands

I do weird and different things in the UAE: spending too much time in malls, driving for hours in the desert to attend camel shows, checking out hunting exhibitions, dining in five-star hotels and the like. Which is how I found myself at the Caracal Shooting Club the other night, spending Dh230 on a lane and a box of 50 bullets. (Caracal is a made-in-the-UAE gun, by the way)


First of all, picking up a handgun like that is scary. Very scary. Even holding it unloaded freaked me right out. I think pulling such a trigger – slowly! said my patient teacher – is something everyone should do once. If only to put all that violence we are exposed to in video games, on television and in the movies in perspective.
This is a terrible killing machine and I found using it in a controlled environment exhilarating and terrifying at the same time. I hope that doesn't make me a bad person. Bring ID. They are located in the Armed Forces Officers Club, open from noon to 10pm except on Fridays, when they are open at 2pm. 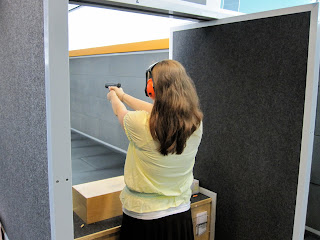 Turns out I am an okay shot. 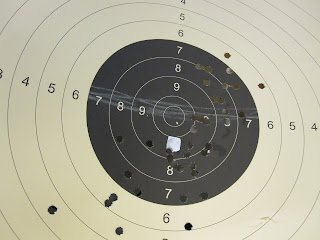 And as always,  it all went down under the watchful eye of a (this time gun-toting) Sheikh Zayed, founder of the nation. 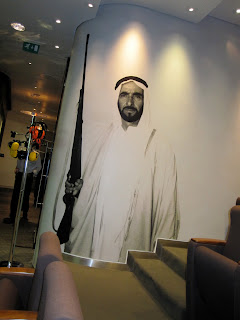