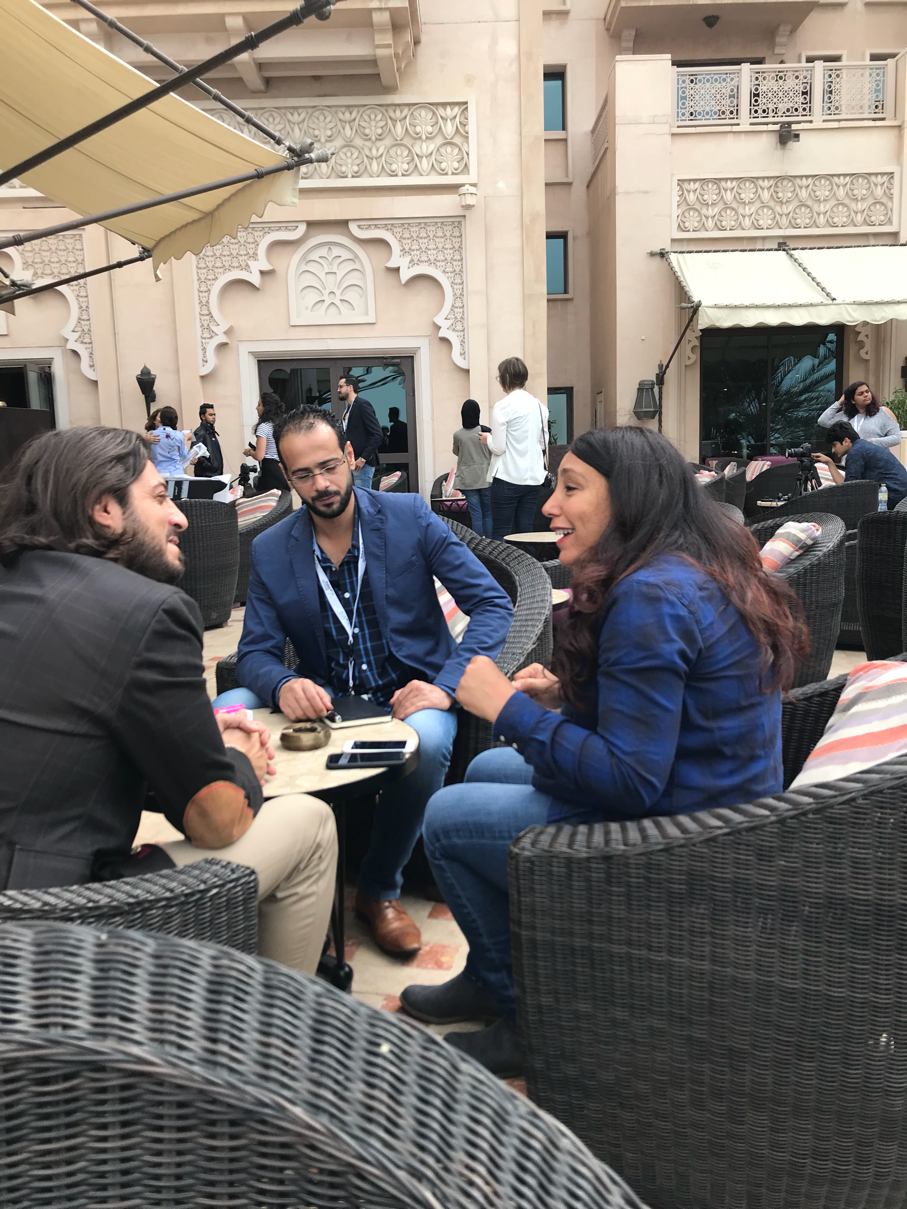 I interviewed the Saudi director Haifaa Al Mansouri at the Dubai International Film Festival over the weekend, before news hit that Saudi would definitely have movie theaters starting next year. Still,  when I asked her how she would feel about the possibility of seeing a film in her home country after a lifetime of not being able to, she said the cutest thing:

“See a movie? I’ll have a film playing!”


Al Mansouri is the kingdom’s first female film director who made a name for herself with her debut, 2012’s Wadjda. The changes in Saudi are pretty cool all around, but when it comes to the arts they must be particularly meaningful for someone who had to learn about film from television and hide in a van to direct shots in her first feature.

We spoke the morning after she won the IWC Filmmaker's Award for a script she wrote with her husband for a stop-motion animation project called Miss Camel. It sounds the cutest, all about a Saudi camel who dreams of bigger things, including traveling to compete in Abu Dhabi's annual camel beauty contest. Full story here.