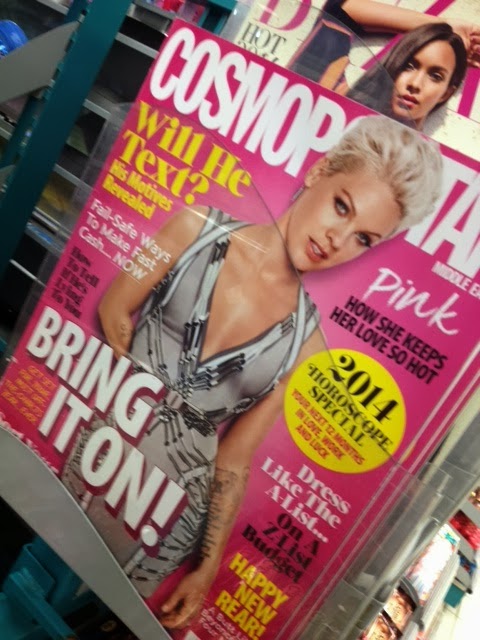 I snapped this yesterday at Carrefour on Airport Road. I was lured by the coverline "Will He Text"? I mean, Cosmo terrified me for years with such probing questions - but they always had to do with the telephone. This just seems so 2014, you know?

The other 2 ways this cover is a sign of the times:

•Who would have thought a magazine with articles so racy you can barely read it in public (and never on a plane) would be thriving in the Middle East two years after its launch? Kudos to the team!

•As the style world debates the obvious photoshopping of Lena Dunham in next month's issue of Vogue, I can't help thinking that a little strange not-magic has been worked here. Pink's head looks strange and large to me, her arms are hanging weirdly and the whole thing is just way too smooth.
at January 19, 2014