So you want to take a trip but can't bear the hassle of travelling with kids, or even if you can, you still find yourself running out of ideas for stuff to keep them occupied? Etihad Airways, fresh from bumping me up to business class at the last minute on my recent trip to Edinburgh (sweet-as!), has introduced something that seems 1950s-style quaint and smack-me-in-the-face obvious at the same time: The Flying Nanny. 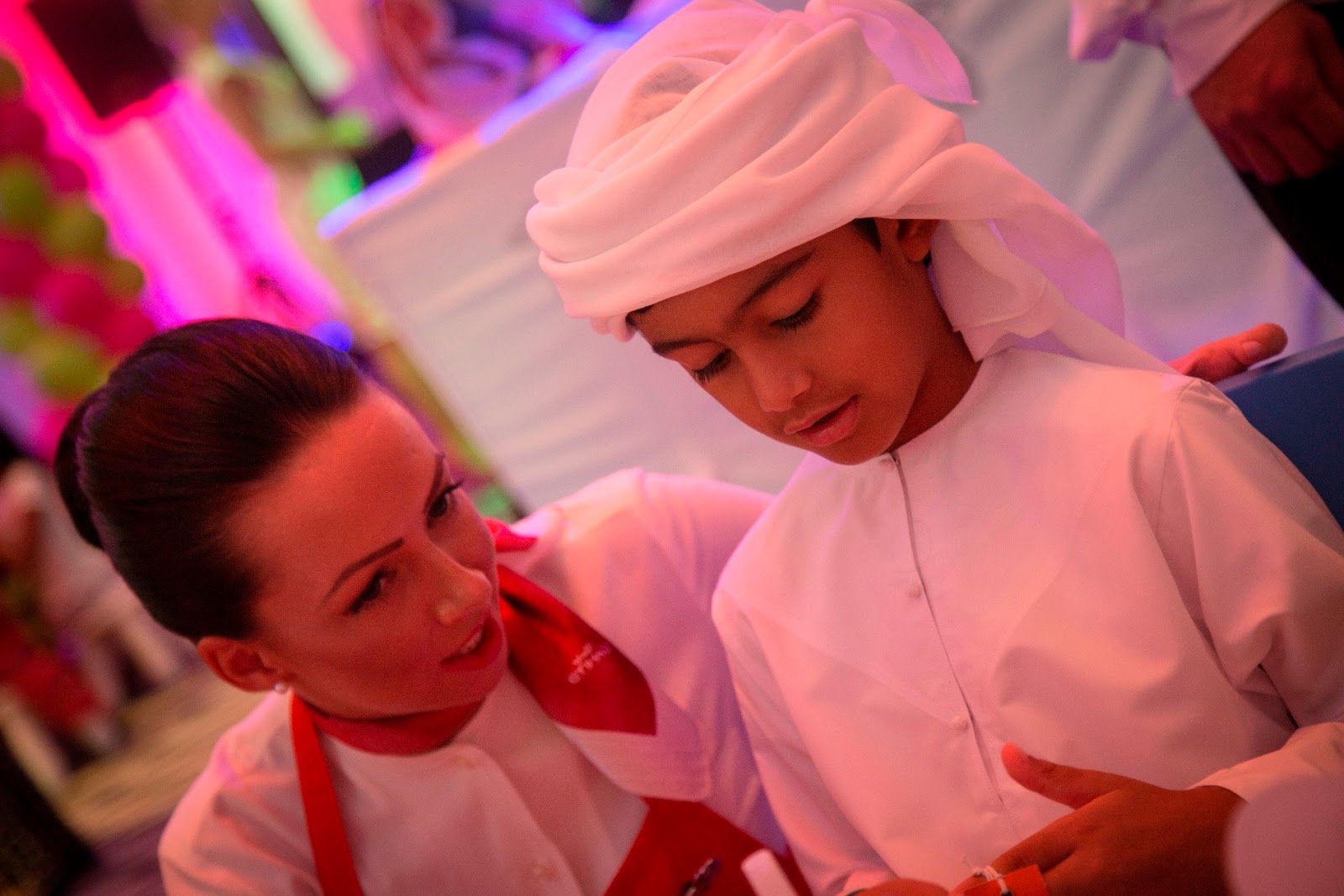 The company has so far trained 300 of its staffers to fill this role, with plans to have a total of 500 flying  routes by the end of the year. They will be distinguished from other in-flight crew by their orange aprons, and are being deployed to assist unaccompanied minors, families with children at the gate, help with bassinet adjustments and just generally "keep children entertained while you're enjoying a nap, in-flight meal or entertainment".

So, basically parents can fly and not have the entire time they are in the air be a giant ordeal? I think this is a genius business move on Etihad's part! But I do see some grey areas and potential conundrums. For example, at what point does a child become "too much" (hey pipsqueak, the two-hour screamer on my return flight from Scotland, I'm talking to you) and is handed back to the parent? What if, um, the parent doesn't like that? And where does this entertaining happen? Not sure if you've noticed, but there isn't much room up there. Also, what will the actual nannies do? You know, the ones that travel from A to B and take care of the kids when they aren't on the plane.

The press release yields some specifics, which indicates that rather than caring for children, the Flying Nanny will basically be giving them cool stuff to do that doesn't involve watching television. And their skills are deep! In addition to simple arts and crafts, creating sock puppets and teaching simple magic tricks, "the Flying Nanny will also frequently use service items such as paper cups which can be made into hats and the Japanese art of origami to fold paper into sculptures".

All in all, I can't really wait to see this in action, although I can't promise I am going to like the sound of an excitable group of six-year-olds attempting to out-oragami each other at 35,000 feet. And I'm pretty sure I am going to wish I was making a sock puppet too.

It's nice to hear about Flying Nanny from Etihad Airways. I travel UAE once in a year. Initially, I always choose Emirates for traveling but last time I got a chance to travel with Etihad Airways, they are providing good services and creating healthy competition for others in the region.