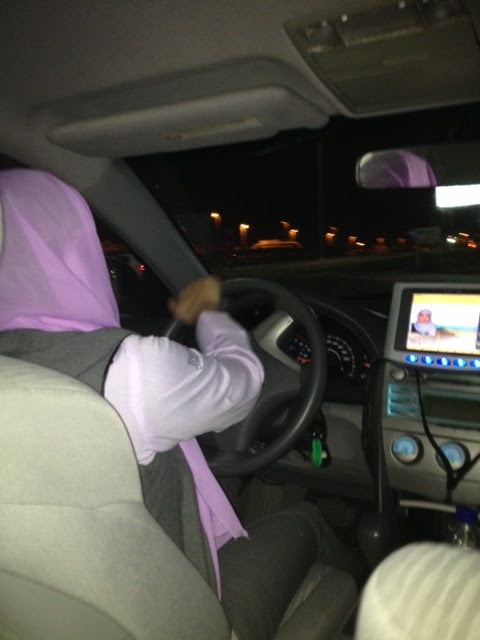 When I landed in Abu Dhabi after two splendid weeks in Scotland, I was presented with a further treat in a fortnight that had been filled with them: my first ride in one of the capital's lady-driven taxis. These cars, which have purple accents on them, have been around for a few years and I've never been able to snag one despite wanting to.

My driver was really nice and good at her job, too. An assured, attentive, speed-limit obeying, a left foot completely off the brake while the right foot was the on the gas kind of great driver. Oh, and another thing? She had change for Dh100.
at September 04, 2013