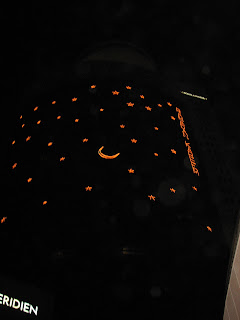 It depends on the moon really, and as of now, no one really knows. I say this as someone who has not had to fast every day, or get up at dawn to eat, but it really cannot come soon enough.

It's a weird time, Ramadan in the Middle East. And it's not nearly as bad as people think it is. For example, you don't have to fast if you aren't Muslim. But out of respect to Muslims who are caffeine, liquid or food-deprived, or jonesing for a cigarette, you don't eat or drink or smoke around them. Before Ramadan began, there was some confusion about whether this was an actual law or more like a custom or policy. I wasn't going to whip out my water bottle while almost perishing waiting for a taxi ride to find out. Another reason I am glad for Ramadan to be over: cab drivers seem to either leave the roads or drive around in empty cabs. They are always going somewhere I cannot come. It's also quite strange, because many bars and restaurants aren't open during the day. And when bars open at night, which many don't, there is no music. We were in a popular bar called Heroes the other night, one that was overpacked with people, and it was the strangest thing, not a note playing over the loudspeakers.

The not eating and smoking thing in public really is a law, though. I have a friend who was stopped and ticketed because a police officer saw him smoking a cigar while driving in his truck in Dubai. Another couple was arrested and detained for drinking in a waiting room. Some offices are more strict than others; ours is pretty strict. It's sort of funny, when that evening call to prayer goes, after 6 pm, it's like a nightly party.

Anyway, depending on the moon, we are in for a four or five-day Eid holiday. It's like Christmas in October around here.

It's a little late, but below I've included a few shots of the nightly iftar tents and a bunch of shisha pipes. 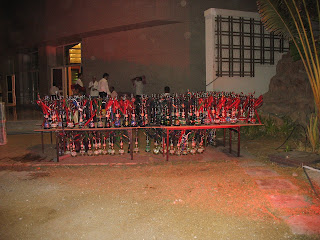 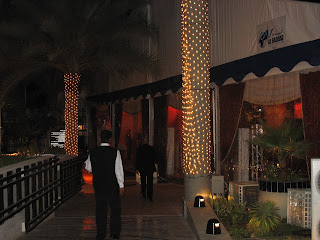