End of summer: And then, just like that, everything is ok 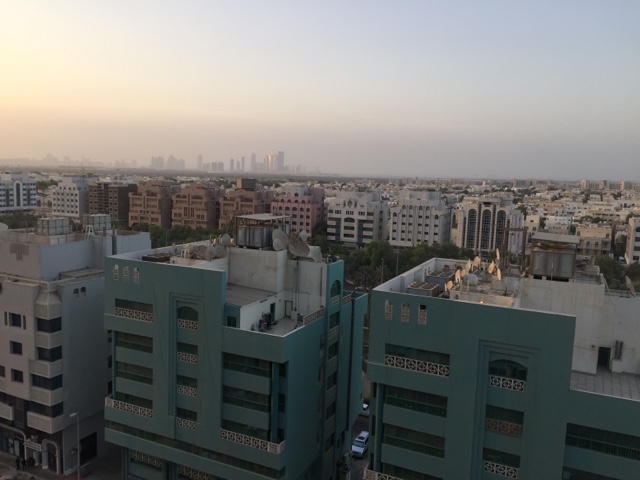 I went outside this morning and voila, all of a sudden it dawned on me that this was the day I've been dreaming about since June: the day I could be outside again. For the first time in as long as I can remember, I could breathe. It was 93 degrees, and we got excited because the high was only going to be 102.


We had breakfast out there and it was lovely. I saw that a neighbour who lives in the same apartment building tagged me in a Facebook photo similar to the one above, writing "everything is beautiful on an early weekend morning", and I know he felt the heat-lifting joy too.

Later I went up to the roof and had a little swim and a small suntan, still amazed that this was the day. And chuffed that I have a pool on my roof, and I get to swim there, even if I don't very often.

It's funny because last week when I wrote about the heat, saying "give it a month", we all probably know I was mostly talking to myself. But I heard from several friends who were grateful to read that, because they had been suffering from the heat and the associated claustrophobia too but just hadn't connected things.

I hope they felt it today too. We made it.