When khalas means khalas, or how I panicked and rented a truck when I should have just called a taxi

I moved recently and setting up the new place has been more work than I thought it would be. One of the things I've been obsessed with is setting up my balcony - how great is it to have a balcony just as the weather is getting so awesome?

Anyway, on a recent Friday I was tearing around the city like a maniac, stopping at IKEA and Ace Hardware, and the plant souk, and by the end of it my little rental Nissan Micra was chock full of stuff. One last stop at Spinneys before heading home, unloading my car with what I was sure would be the help of my building's security, getting changed to go to my friend's house for a special dinner, I thought.

But when I got back to my car, it was totally dead. A car full of stuff, a lot of it live, expensive plants, searing heat - it did not seem feasible to just let it sit there. No one answered at the rental place, of course. Rather than calling a taxi, rather than calling Triple A, which is what I now know you are supposed to do when a rental car dies, I panicked. One second later, I spotted one of those big white trucks. You know the kind, with a flat bed and white railings out back, the kind where the guys fleece you when you try to hire them? The kind I once paid Dh400 to move a sofa half a block? Yes, that kind. I approached to see if the driver might be able to get me and my stuff home in a reasonable time, for a reasonable price. He was very friendly, and agreed to the operation for Dh100.

Immediately I was surrounded by six men, who had appeared out of nowhere, all talking loudly in Urdu. (I think they had been hiding around the corner, waiting for a silly white girl like me to try and negotiate with the driver). Although the driver had settled on an already-exorbinant price for this little operation, the men were quickly hounding me for more. And hounding. And hounding. Then a colleague from work ambled up, having spotted me and my loud little posse. I still laugh when I think of what he said next, all laid-back like after a haul on his cigarette, in his Aussie accent: "What's going on here?"

Anyway, long story short, it may not have been the cheapest, or the smartest, or the most economical thing I've done. But I made it home, and so did my stuff, and I made it to my dinner. More attempts at fleecing happened at the other end, of course, and after much yelling and loud angry talking and me (almost) sticking to my guns, insisting that Dh150 was "Khalas"!!!, even though I had started to wonder whether these men would ever leave, they finally got the message that I was not opening my wallet any wider. We all shook hands, smiled and went our separate ways. 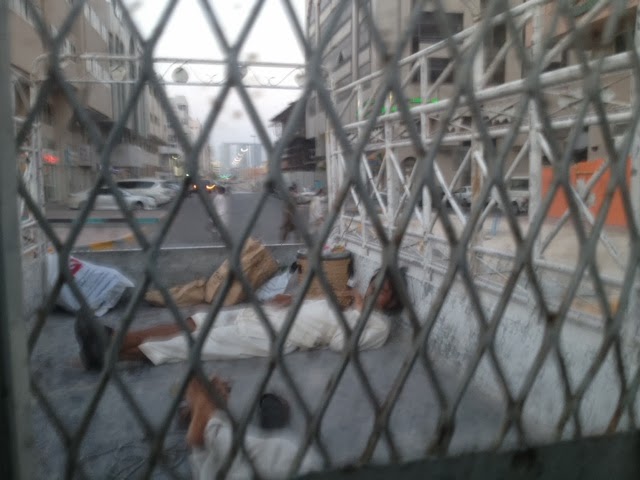