Why was The Cult guitarist Billy Duffy wearing an Etihad shirt on Married to Rock, and why do I know about it?

Because I watch E! Okay? I watch it sometimes. Okay, I watch it a lot. Too much. And on Saturday I sat down for five minutes to watch Married to Rock and I watched the whole damn thing. That show, like most of the offerings on E!, is a bit like crack.

As the title would suggest, this "reality" show depicts the antics of girlfriends/wives of four "rock stars". The scene in question shows Duffy being kind of mean and ignoring his very cool girlfriend AJ Cell's hints about getting married, or at the very least going to a wedding with her. He's obviously gun-shy and enjoys being so, to the point where after three years I might be saying to myself, "self, perhaps it's time to move on", instead of what AJ is doing, which according to promos for an upcoming episode is planning on proposing to him. 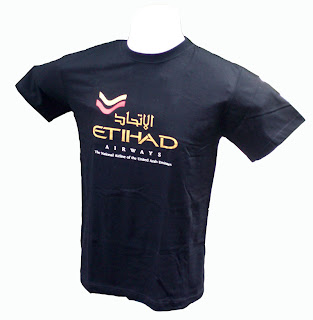 Anyhoo, in that scene Duffy is clearly wearing a
black Etihad T-shirt somewhat like the one picture here, although it could have been long-sleeved and it did not appear to have the two wavy lines or the Arabic writing.

I have so many questions, besides why on earth would AJ propose to this guy?

Did he get it from playing a gig at the Etihad Stadium in Melbourne? Did he buy it at one of the Etihad stores I always see and wonder who shops there? Did Etihad send it to him, or his reps, in the hopes that he would wear it on Married to Rock and they would get some free advertising? Any other possibilities I am missing?

LOVE that show! Finally weaned myself from the Kardashian train wreck, then discovered that one.

How did you wean yourself from the Kardashians? Just wondering, you know, for a friend.

Hi, nice to read your posts.

My guess is that Duffy was wearing a Manchester City away shirt, probably from the 2009/10 season. Being from Hulme, he's a huge City fan and after Sheik Mansour of Abu Dhabi bought the club, Ethiads logo have been printed on the shirts.

Think I may have the answer. Billy Duffy is from Manchester UK (as am I). He supports Manchester City football club (as do I!). Etihad sponsor MCFC and they have a black away kit like this - he could have been wearing one? http://www.mcfc.com/news/club-news/2009/july/away-kit-for-manchester-city-preorder
Anyway, love your blog, just catching up with it after a couple of weeks away. Really like your "overheard in the newsroom" - I work for the BBC in London at the moment and we have something similar in our weekly newspaper. Can be very enlightening!