Kevin Spacey skipped the SAG awards to mentor theatre students in Sharjah, which just makes me love him more 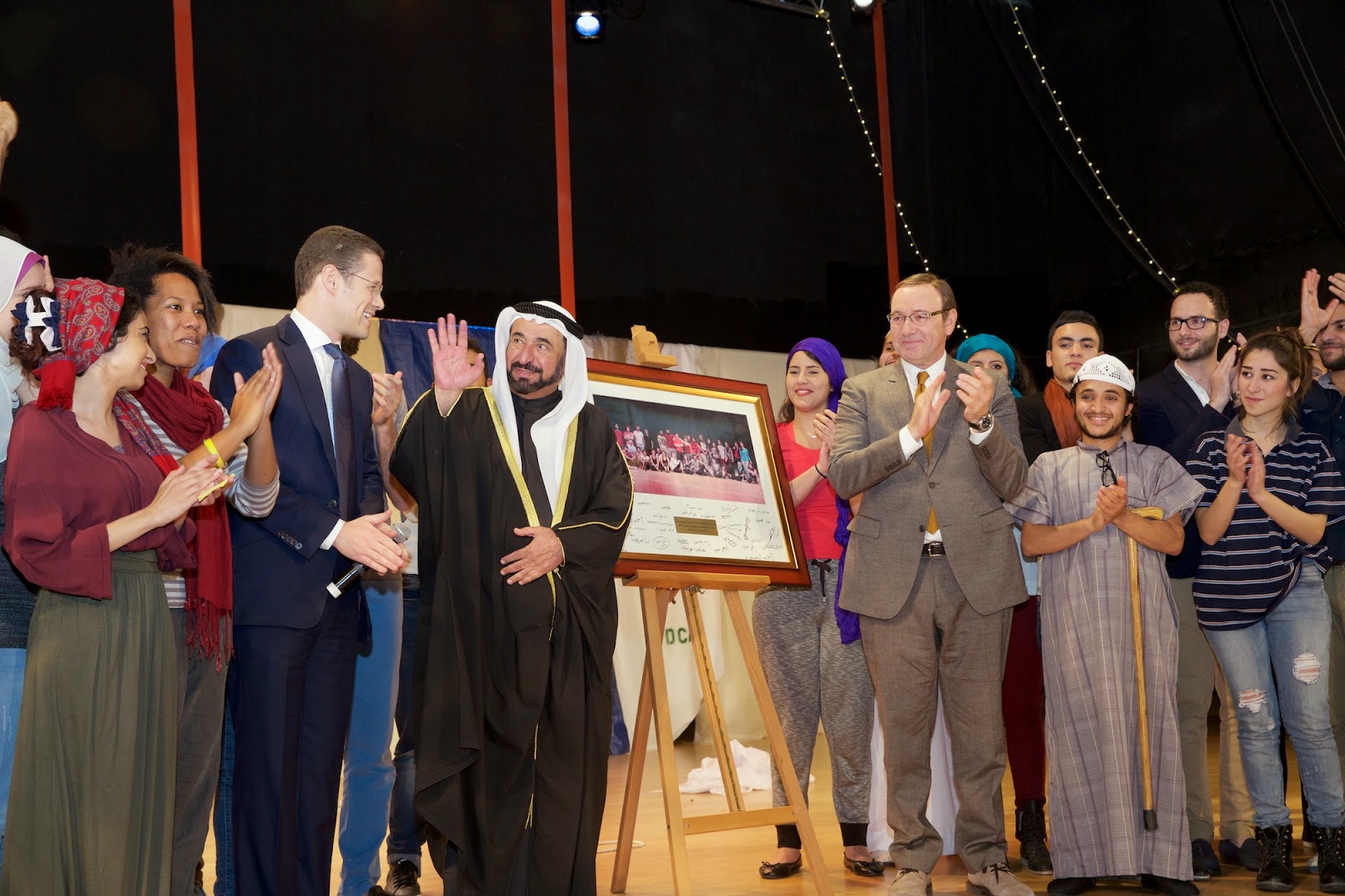 There he is, looking decidedly non-terrifying on the stage at the Sharjah Institute of Theatrical Arts Sunday night, instead of in Los Angeles picking up his Screen Actors Guild Award for his chilling work portraying Frank Underwood on Netflix's House of Cards.

Spacey slipped into the UAE at least two weeks ago, and has been personally mentoring 34 students as part of his Kevin Spacey Foundation Home Grown project, partnered with the Middle East Theatre Academy.

The workshop culminated with a performance of Hassan Abdulrazzak's Dhow Under the Sun, which Spacey presented and watched - although it was entirely in Arabic. (Kind of makes you wonder about how all that mentoring went down! Would have been fun to watch) The National's Arts&Life section had the only print interview in the world with Spacey while he was here, which was quickly arranged on Saturday afternoon and conducted by Rebecca McLaughlin-Duane, and it's great (if I do say so).

I loved this quote particularly, it was just so enigmatic (and just a little bit Frank Underwood): "I’m here quite often just not publicly. I’m in a lot of places where people don’t know I am. I don’t like to announce that I’m coming and I don’t do a lot of interviews, but I’m always about."

Another great piece today, talking to some of the students he worked with about what it was like. It wasn't all touchy-feely, apparently, according to 22-year-old Emirati Rashed Al Nuaimi.

“There were a couple of participants who he practised with over and over and when they still didn’t get it right, he would go on stage and then you’d know you had it coming. He’d then say: ‘no, that’s not what I said!,” says Nuaimi, raising his voice and trying to do an impression of the actor.